What you don't know is what keeps you limited 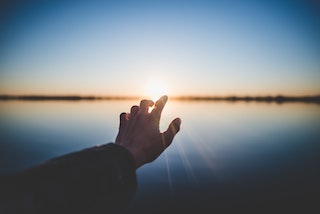 Remember when you were a kid: the world looked mysterious and there were many things you didn’t understand because you didn’t know about them: how a plane can fly, why your parents want you to go to school, etc. Fast forward to when you were 20: you understand more yet some things elude you, maybe things about being in a relationship or how to pursue the career you want. At 30 you have more experience and can approach many things in life without doing it for the first time. You already know about them. And that knowing can change fundamentally your attitude, expectations and desires.

The process of learning never stops. During our entire life, our knowledge grows, yet this happens so gradually that it requires some proper self-introspection to remember how we were before acquiring certain key knowledge. In fact, our knowledge, belief systems and desires change so much throughout our life that it’s very difficult to remember what state of mind we had 10 years ago when we took a major decision e.g. deciding to move to another city. We constantly re-adjust the perception of who we believe we are to fit the new information that becomes available to us. Not only that, but we also tend to rationalise past choices based on knowledge we did not have at that time. It is the job of the ego to keep a consistent self-image and protect us. But a key point remains: as we learn more, our new knowledge helps shaping our understanding of reality. So just take a moment to think about it: you constantly re-adjust your life trajectory based on what you know—or at least what you believe to be true—and this happens so naturally that you may not even notice yourself!

Knowledge is power. You are only aware of what you know and the unknown is beyond your reach. In fact the introduction quote is very profound and worth meditating on. Your main limitation is the extent of your own knowledge. And its corollary would be: ‘What you don’t know can hurt you more than you could even imagine’.

Seeing is believing (for most people)

Most people base their understanding of physical reality on what they can perceive with their five senses, and especially what they can see. The Apostle Thomas was a famous example of this attitude that could be summarised as ‘I only believe what I can see.’ He was such a skeptic that he was nicknamed Doubting Thomas and his incredulity became legendary.

The opposite archetype would be the man of faith, the one who can believe without seeing, the one who does not need to be given a proof for everything. The belief in a superior power, the Creator, God—or whatever denomination fits your belief system—is based upon faith first and foremost. How can you convince someone of the existence of God? The debate has been on for millennia. It has led to a division between the believers and non-believers.

Science reveals the limitation of the five senses

In the 21st century we are in a different situation because we know there are things that we cannot perceive through our senses.

For example, we can see less than 0.01% of the electro-magnetic spectrum. Basically, we can see the colours of the rainbow; this range of wavelengths is known as visible light. This means we’re missing on an awful lot! We cannot see infra-red, ultraviolet or radioactive radiations; they are simply out of our range. Yet we can build devices to inform us on these type of radiations, we can receive radiations from the cosmos and analyse them (e.g. with radio telescope). And more practically, with our modern computer equipments, we can watch a movie on a mobile phone using the cellular network or a Wi-Fi access point, or other wireless network technologies.

That example leads to a disturbing contradiction. If you could only believe what you can see, how would you explain that you can receive a signal on your mobile device and watch your movie streaming from the Internet? OK, you can see the end result: the movie; yet the underlying signal made of electro-magnetic waves is invisible. You are faced with an obvious limitation of your vision. In fact, you can see so little of the full gamut of electro-magnetic radiations that pervades the universe, that you may ponder over all the wonders you may be missing on. But what you can see is enough for you to run your daily life.

Taking this point further, it is entirely possible to conceive of other planes of existence—also called dimensions—that most people have normally no awareness of. In fact, it is plausible from a scientific point of view that we could be sharing the physical space with a multitude of other dimensions that are simply not accessible to our five senses. This point is brilliantly illustrated in the Sci-Fi movie ‘Valerian and the City of a Thousand Planets’ (here is more on my favourite spiritual movies).

In the following sequence, you can see a group of tourist going onto a planet where they visit a market existing in another dimension. It’s normally invisible to humans, but with specific helmets they can see it and walk around, while when observed from their base dimension they just look like fools wandering across the desert.

Now I want to touch onto another topic that Science has not yet officially discovered and/or recognised: the so-called alternative medicines. Such two forms of traditional medicines we will talk about have been running for long and believe in some non physical realities.

Before the advent of modern medicine, there were ancestral forms of medicine practices especially in the East. I’ll mention Ayurveda or Traditional Indian Medicine (TIM) and Traditional Chinese Medicine (TCM). These medicines were based on a key concept: that vital energy circulates within your body. Such vital energy, although invisible, plays a key role in human health. When the flow of vital energy is disturbed, it results in various ailments affecting the physical body.

On Wikipedia, under the TCM page you can read the following:

Wikipedia is very conservative in their approach and any belief system that do not strictly fit modern science view is often ridiculed. In fact, it seems that if any theory has not passed the scientific validation, it is deemed to be just garbage—no matter how long and how successfully it has been practiced before. This is what is implied by the term pseudoscientific. This term is quite equivalent to ‘conspiracy theory’ in the field of medicine and science. And we know it’s doing no good.

You see, the reason for using ‘conspiracy theory’, ‘pseudoscience’ or other similar pejorative qualifiers is that it makes people feel exempt from proving the theory wrong. They just say ‘oh that’s another conspiracy theory’ and get away with it. Is it satisfying intellectually? Absolutely not.

Back to the topic of TCM and TIM. These traditions that have run for millennia and healed countless people are now regarded as archaic scams. This reveals the arrogance of our age where we believe nothing that existed before—especially in the remote past—can match our modern science, technology and medicine. That attitude should warn us that we have become a dogmatic society very proud of itself. A delusional society failing to acknowledge that there may still be much to discover about our universe.

Unfortunately, we seem to have lost touch with the possibility of having missed on some important knowledge. Can you spot the dogmatic attitude in our world today? That attitude is dangerous because it means we may become unequipped to accept future discoveries that challenge our sense of reality. Cognitive dissonance is just around the corner.

An old adage says: ‘Don’t trust appearances for they are deceiving’. It has been verified many times. And if we keep that in mind, we should assume that future discoveries will render valid some pseudoscience or conspiracy theories of today.

The fight for the truth is on. The believers (also dubbed ‘conspiracy theorists’) and the skeptics are confronting each other but end up wasting a lot of energy. The fight becomes pointless if you trust that irrefutable evidence will be provided at the right moment. And when it does, the real question is how will the skeptics cope with it? In the war of belief, there can be no victory because everyone is free to believe whatever they want—even when it is being contradicted by what they can observe.

Many still go by the old ‘I only believe what I can see’ but it’s a deception. The statement needs to be turned around. The higher truth has always been ‘I can only see what I believe in’. It is what we allow ourself to believe that shapes our perception of reality.

⚑ DISCLAIMER—The links to the videos contained on this page are provided for your convenience and on a 'fair use' basis. I am not related to the publishers of these videos, the platforms hosting them (e.g. Youtube) and this is not a buying recommendation nor am I getting any revenue for you watching these videos or buying any related content.

Table of Contents of this article (made up of ~1800 words)