You can also find me on:

What are you waiting for to do the things you LOVE in life? 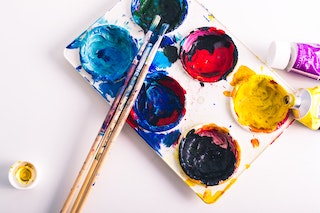 Here’s a thing that has puzzled me many times over the years. Something I can’t rationally explain. I’ve met many people who told me about their passions, their goals and the things they like doing. But often it ends up with “Oh I’ll do that when I have time… I’ll do that one day…”. It’s like one second they tell you what fills their heart with passion and love, but the next they admit they’ll keep it on the bucket list, for one beautiful and perfect day… Which may well never come!

The examples I encountered range from the trivial to the profound. I’ve picked three.

There was that friend who rejoiced in cooking a particular food that reminded him of his childhood. He would make me salivate just by mentioning how yummy that recipe was. More importantly, I could feel the emotional charge of eating that comfort food and I was quite convinced that cooking activity would bring about some form of healing. But he added “But it takes a lot of time to cook this so I’ll do it one day, just not now”. Guess what, after years I’ve known him, I don’t believe he’s done it even once. Last time he had done it was apparently ‘years ago’.

One day I mentioned to him that I felt his enthusiasm about his cooking and tasting that food. I encouraged him to set some time aside and do it! But he had an unexpected reaction. His ego had one of those weird moments of self-protection and he got angry at me, saying he had been generous enough with me and I could not blame him for not tasting his recipe. Well, he totally missed the point: I wanted him to cook for himself, not me.

There was that person at work who explained to me how he liked to share financial education and one day he’d found a school to teach kids how to make smart decisions about their finances and navigate financial decisions in their life. But that project was for retirement, one day, far far away… I knew he liked talking and sharing. And he was experienced at financial investments. But something sounded a bit off in all of that: why put 20-30 years or so between now and the moment he’d start doing that? The way he described it, that would be something of a life mission. Yet he did not seem in any rush to start off anytime soon. Why did he not try to find a volunteering opportunity in the present and see if he’d really like to do that after all? Or just do it with some youngsters around him. As far as I know, he never tried any of these. He probably still has this distant objective. In the future.

Another example is from someone who’s got a hobby (maybe even a passion) that fills her with lots of joy—at least from the description she gives. I was curious about trying that hobby and asked if we could do it soon together. I even tried to organise it myself (unfortunately it could not happen). She never tried to. With time, I gave up. Because I came to realise that she wasn’t really into that hobby anymore. She’s left it behind; that was just a good memory. In the past. Although she’d mention the topic every now and then with some form of nostalgia. Or maybe she just created barriers preventing her from doing it again?

As I observed those behaviours—and many more—I realised that some people are totally blinded by their ego and denying themselves some activities that could make them happier right here, right now.

Worse, in the case of those distant ‘retirement plans’, maybe those people are totally deluding themselves and the thing they think would bring them fulfilment is actually a wrong target. Because they never got to try it, how could they be absolutely sure? Imagine that all their life, for decades, they had thought that the day they finally retire they’d do such activity that would make them happy and… it’s not quite it. Or imagine they pass away before they even try! What a waste and frustration.

I used to have moments when I felt sad about these types of behaviour—especially when I identified them in people dear to me. I had moments when I felt irritated, then angry. I thought ‘How can they not see?’ That thing they talk about, they could bring that into their life quickly if they wanted. But they don’t. They postpone. They forget. Their desire comes back, in waves. But deep inside, they’re afraid to do that thing. It’s like they’d rather cling onto the feeling that when they’ll have time they’ll do it. But it’s vague, somewhere in the future. They keep that thought in a ‘feel-good box’ somewhere in their subconscious. The real question is: are they doing themselves a favour doing so? No. They just hurt themselves.

These 3 examples illustrate to varying degrees the same energy. An energy that is in all of us. It starts with a desire. The desire is held in our consciousness but we fail to manifest it. If someone asks us why, we invoke external reasons. ‘Oh life happened’ and the likes. But the truth is: we resist doing it. We’re waiting for that magical moment when, somehow, the thing we want will come about without making any particular effort. But that rarely comes.

How about you? Do you have a grand plan, a passion, or some trivial little things that make you happy? How often to do you spend time doing those things? If that’s not as often as you’d like, ask yourself why and be honest with yourself. Do you realise that the only reason you are not doing those things is because you don’t allow yourself to?

This pattern is well-known!

Whether it was about a mundane recipe, a life mission or a random hobby, I was talking about the same thing here. A 15-letters word: procrastination. A fancy term to denote that particular energy of failing to act. But what is its source? It’s not an incapacity to do the thing. What I see is fear, self-sabotaging patterns, lack of willpower. Whenever we procrastinate, that’s a great disservice we’re making to ourselves.

What we need is to shake ourselves up and bring in the energy of action! Are you waiting for someone to give you permission? You can give yourself permission. Now. Are you waiting for time to run out? You can schedule ahead. Are you scared of doing something but you won’t admit it—even to yourself? Discipline your mind. Face your fear. Go for it!

It seems to me that the ego is quite good at creating targets that are kept unconsciously out of reach. They act as decoys to keep us focused—and spending energy—on a particular pursuit. So, if there’s something that’d fill your heart with love and passion then do it. Do it now. Do it in abundance and share the love around you. Somehow people are afraid to get too much of a good thing. They’d rather keep that which they desire in a cage. Strange, when you think about it?

And if you’ve never done that thing which you desire before, then starting to do it now is the best way to confirm it’s really for you. By being brave and confronting the situation. And if that’s really this thing that makes your heart feel joy, then do it often—as long as it’s healthy for you and others and truly fulfilling. At other times, we finally do something and realise it was not for us—and usually it does not take that long. And that’s totally OK. But what’s not OK is to stay at the doorstep thinking ‘Oh I think it’s for me, but I’m not quite ready yet for trying it’.

Our mind is full of delusions. We create entire narratives which are totally unrealistic because we have not thought things through properly. Sometimes we are luring ourselves with a suspected ‘good idea’. We may cling onto it for years just to realise one day it’s impractical and we got in the wrong direction. Yes, the road to success is never a straight line… Many failures lead to success.

Because our delusions are in our own mind, we may have a hard time identifying them in our being. Seeing these patterns in others is much easier—yet it requires a certain level of awareness. Other people acts as mirror images in our life. It should make you wonder: ‘That procrastinating behaviour I see in my friend, could it be that I do that sort of things too?’. Oh yes you do! We all do. The game is to become aware of these patterns in ourself; and address them. Now if you see that in others, ‘warning them’ is a particularly tricky discussion to have; and you certainly don’t need to feel emotional about their situation, just let it go. Focus on yourself first, and the rest will follow.

So, what are you really waiting for to do the things you love in life? You’re waiting to start. You’re waiting to find the confidence to start. Often, you will need a strong willpower to override your ego and break inertia; that energy to finally start the thing that has been on your mind for so long. So be bold and do yourself a favour: start today!

Table of Contents of this article (made up of ~1600 words)