The 'legal' drugs of our modern age 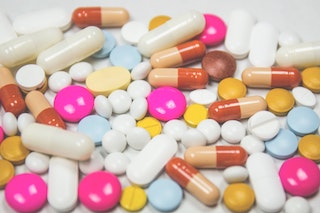 Not long ago, I was visiting a friend and bumped into her flatmate, who did not look well. He looked very pale and when he talked to me something was off; it felt like his soul was far away from his body and I was talking to an empty shell. The situation disturbed me. I thought he was maybe on a drug trip so I asked my friend. It turned out he was on something indeed; but he was not on a ‘recreational drug’ trip but on a ‘legal drug trip’ a.k.a antidepressants he got prescribed by a doctor to help him feel better. He’s probably not the only one who got on his first course of antidepressant in the midst of the coronavirus crisis, but clearly that did not seem to help him. Worse, my friend said that he had shared some suicidal thoughts recently. I was shocked to see that guy degraded by these drugs and trapped in his own mind although a few months earlier when I had met him he looked much healthier.

So I want to share my point of view about not only antidepressants, but also 3 common substances you can get over-the-counter. They all are toxic for our bodies yet for some reason our society seem to thrive on them.

Antidepressant are a legal drug and they are a major source of earnings for many pharmaceutical companies. Despite many being barely more effective than a placebo in clinical trials, they manage to reach the market. A common effect however is one of addiction; attempts to stop them will lead to sometimes excruciating withdrawal symptoms. I had another friend who never managed to quit completely his antidepressants and stayed on a minimum dose—even to this day—because his only attempt to quit completely had left him in severe pain.

We live in the era of the pharmaceutical industry: for every ailment there’s a drug, and when people feel depressed there’s a drug too. As usual, the root cause of our discomfort is not analysed and we become clients who need a recurrent supply of medicines to keep us afloat. In the age of consumerism, should we be surprised? The problem is not that these drugs exist, because used properly they will serve a purpose. The problem is that they may be used for fixing people who end up using them for years—if not all their life—instead of spending the time to really heal people so they can quit those drugs and move in with their life.

In fact, antidepressants are one of the legal drugs that have become part of the normal landscape. There’s also: alcohol, caffeine and cigarette.

Alcohol is a depressant i.e. it numbs our brain and slows down our central nervous system. It is a substance that has endured the millennia for providing relief to those who need to escape reality and alleviate their anxiety. In a social setting and at moderate dose, it can help to relax and ‘let go’ yet in any quantity it acts as a poison for the body. A legal poison. Other depressant substances include: morphine and medicines like Xanax or Valium.

Then there’s caffeine. When coffee beans where first introduced in Europe, many people found very unpleasant the buzz and agitation it created for the body. It took years before it really took off and coffee shops developed. Today it’s a standard drink yet most people do not realise that caffeine is a stimulant with many side-effects for the body. These are: a lot of tension, problems with natural sleep rhythm and fatigue. Because of the habituation, many people need their coffee dose daily and some can’t even start the day without it. A cup of coffee will put our body on the turbo mode; higher and higher doses are required to feel the buzz and soon enough people will also feel withdrawal symptoms when they try to stop. Other substances that are stimulants include: amphetamine and cocaine.

Finally there’s cigarette and its main psychoactive substance: nicotine. Nicotine acts as both a stimulant and a depressant to the central nervous system. Highly addictive, cancer-generating and long known to be a public health issue, it still exists. The horrible images on the packets do not really dissuade people from smoking. The substance is way too addictive.

Now let’s look at a typical person in the West. Their day will start with a cup of coffee en route to the office. During the morning break a cigarette will be enjoyed in order to relieve a building up of stress. More coffee or cigarette may follow during the day, and in the evening a social event will likely lead to the consumption of alcohol. It may just be a pint or two. Now looking back at this ‘innocent day’ we see a usage of stimulants (coffee, cigarette) and depressant (alcohol, cigarette). The alternance of these substances severely impacts the normal functioning of the body and repeated over time will inevitably generate diseases. Associated with a poor diet as it’s now become common, we have a recipe for very poor health indeed.

So this is the society in which we live: we normalised substances that are toxic to us in the quantities they are usually consumed. There is no monitoring of the daily intake, because people are free to do whatever they want. On one side the economy prospers with the sales of liquors cigarettes coffee and antidepressants. On the other, we normalised the destruction of people’s health at an industrial scale; the public health systems are crumbling under the number of sick people. Eventually the collective pays for fixing the health of those people who damaged their body through ignorance and habit. By way of taxes, everybody contributes to the effort. This is the hypocrite society in which we still live—at least for now, in 2021.

On the side, some drugs and psychedelics are classified as illegal although they have the potential to help people doing introspective work and even healing their body. Some ancestral remedies are ridiculed as inefficient—although they work—and the trip to the pharmacy in search for the ‘right pill’ for today’s problem is the normality. The masses have surrendered their health to entire industries that do not have their best interest at heart. As long as people do not invest in their own health and understand what’s going on, the world will keep being plagued by severe diseases like cancer.