Summer 2021 checkpoint on Covid-19 and the world situation 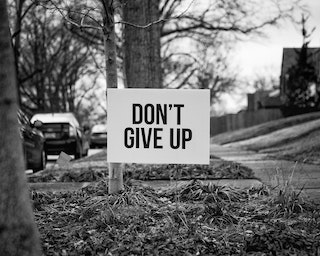 I have been silent for many months on the topic of coronavirus and our concerning descent into totalitarian regimes in so many countries in the world. Since the first lockdown, I knew something was terribly wrong with all of it. But I felt like I was too early and some people clearly needed time to process the events and see the evidences for themselves.

Even worse, many people could not even tolerate the suggestion that the official narratives were not a fair portrayal of the real situation, and they succumbed to fear. Some people have even stopped talking to me. I noticed around me that it was a common trend that friendships had come to an end because of the divergence of points of view. Some people feel so alienated nowadays that they suffer silently inside and feel unable to express their opinions without fear of judgement. This is a challenging time for many people to speak up and stand for their truth.

Unfortunately, my hopes for a quick collective wake-up to reality have diminished when I realised the staggering amount of people who had fallen for the propaganda of the media and governments, the marketing of pharmaceutical companies and the total confusion in the information that was relayed—may it be in mainstream media or in alternative media.

And when I’ve seen certain advertisement campaigns recently, I’ve wondered if we haven’t reached an abyss in terms of stupidity. I mean, how can you render sexy a Covid testing kit and print a poster like this? (I’ve blurred the publisher details in the name of decency). 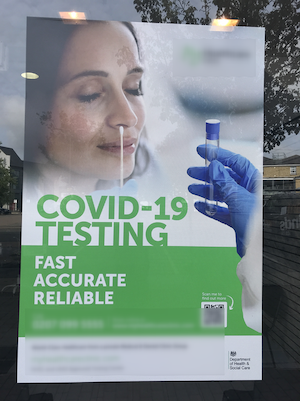 Do you really want to stick a cotton bud up your nose after seeing this ad?

I am clear about the values I believe in: freedom, dignity and respect of human rights. That goes with a duty for denunciation whenever society faces a serious threat. And this is exactly the scenario we have been going through for nearly 18 months here in Europe. Leonardo Da Vinci reportedly said:

I am addressing here the second category: those who can still see when they are explained what is truly going on. Those for who there is still hope that they can awaken to the light of higher consciousness when they are explained things from a different angle. This is the service to others that so many have done to date: alerting the masses of what is truly going on, so that hopefully everyone will get a chance to choose, consciously, what decision they want to make. And therefore what actions they want to take in their own life. Because everyone has got free will, it is a sacred right. And everyones’s decisions should be respected—even if it will hurt them in the long run. 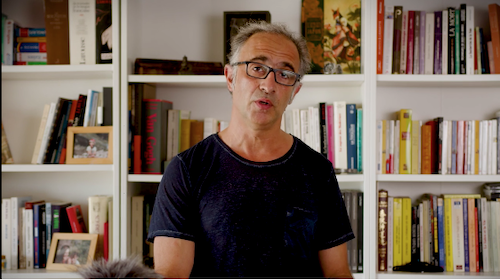 Dr Montesino warns: "If we give in to blackmail, we'll accept anything."

Some people have taken the risk of being vilified and excommunicated from their professions for speaking their truth. But their efforts will not be in vain. History shall remember. Such people include doctors. And I was recently moved by a video recorded by a French doctor called Dr Laurent Montesino. In a 35 minute video (in French) entitled “à coeur ouvert” published on the France Soir news website, Dr Montesino exposes the complete deception we are confronted with. See below the video. He’s witnessed the 3 waves of coronavirus pandemic in the ICU1 of his hospital and for him, the lies and deception relayed by the media are despicable and shameful.

I want to list out the salient points for your consideration:

Let’s remind ourselves that it all started when in early 2020, a virus emerged with a very low mortality rate (less than 0.05%; that is: less than 5 persons will die out of 10,000 who get contaminated by the virus). What followed is something I have called many times collective madness. I’ve found a video that was published on an excellent Youtube channel called “After Skool”. This highly relevant 22 minutes video is named “MASS PSYCHOSIS - How an Entire Population Becomes MENTALLY ILL” and was published on the 3rd August 2021. Instead of attacking head-on coronavirus and the situation we are living right now, the video takes the more subtle approach to discuss the general topic of how populations are lured into totalitarianism and embrace it with their own volition—while being manipulated all along. And what a brilliant message in 2021 indeed! Everything they warn against can be seen as an evident parallel with the current world events. This video has generated 1.8m views and more than 17,000 comments in just over a week! That tells us something’s really hitting the right spot here.

After watching this video I couldn’t help wondering… Is it possible that it’s what the masses have become? Zombies, hypnotised by their smartphones and social media, dumbed by the abundance of news becoming totally lost and mentally ill… to the point that they’ll throw themselves off the cliff? (see illustration below). That’s a very grim prospect!

But those who know me personally would tell you that I am an optimist who can never believe in that. I believe that people are guided by the light of higher consciousness, even in dark times. I believe that given the opportunity to see things under a more balanced perspective, they will choose what is best for them. Time will tell if I was believing in a utopia and we will descend into an Orwellian 1984’s type of society in the not-so-distant future; or if the masses are finally going to wake up and put an end to this mass psychosis. So many have been entranced by the collective delusions that it will really take a lot of energy to shake things up.

I want to share some screenshots of their video because a picture is worth a thousand words. The graphics are the property of After Skool and are used for education purposes only.

How the brainwashing via the media operates 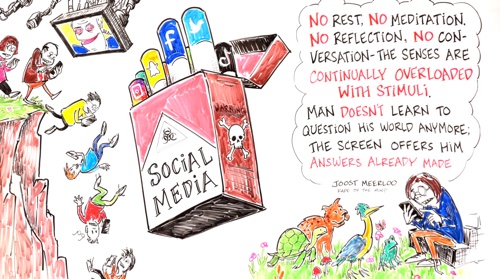 How information overload can lead people to insanity 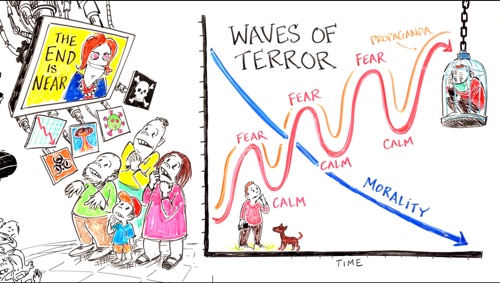 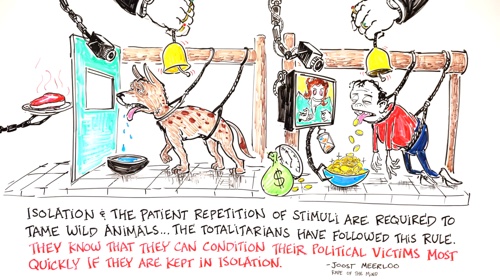 How lockdowns have made people much more receptive to propaganda 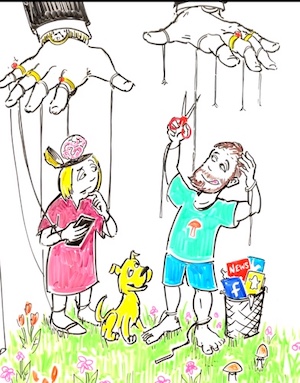 It’s even better with he voice-over, so I really encourage you to watch this video that is very illustrative.

I’ll finish with this profound quote that has a particular echo in the times we are living through (and that was mentioned in the comments under the video):

"It's easier to fool people than it is to convince them that they have been fooled."
—Mark Twain

⚑ DISCLAIMER—The links to the videos contained on this page are provided for your convenience and on a 'fair use' basis. I am not related to the publishers of these videos, the platforms hosting them (e.g. Youtube) and this is not a buying recommendation nor am I getting any revenue for you watching these videos or buying any related content.